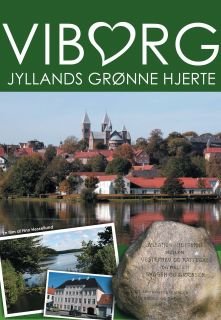 The film is about Viborg as it is seen in 2007. The film shows the city and surrounding in 46 minutes. The film contains speak about what You see, and music by Anker Buch. The speak is in danish.

The total income from sale of the film is shared between 2 charity funds. Viborg Menighedspleje helping needing families with money to spent a danish Christmas and Kirkens Korshær, who run a place, where people with no other places to go, can come and get a meal and a talk.

A few days before selling for 3 month we have sold 1.100 films. That means we are still selling 2 - 3 film each day. Wonderfull!

At April 1st we passed the amount of 100.000 Dkr. toi share between the two organisations.

Early August '08 we have sold 1.500 films! Wonderfull! And we can see the end of the project as we now expect all film to be sold this year. The remaining stock is now about 350 film.

Mid january '09 we may say that the market is fed up with this film. We have sold 1.625 in Viborg only and the Christmas time did not bring much sale. Thar means we have 130.000 kr. for the 2 charity funds.